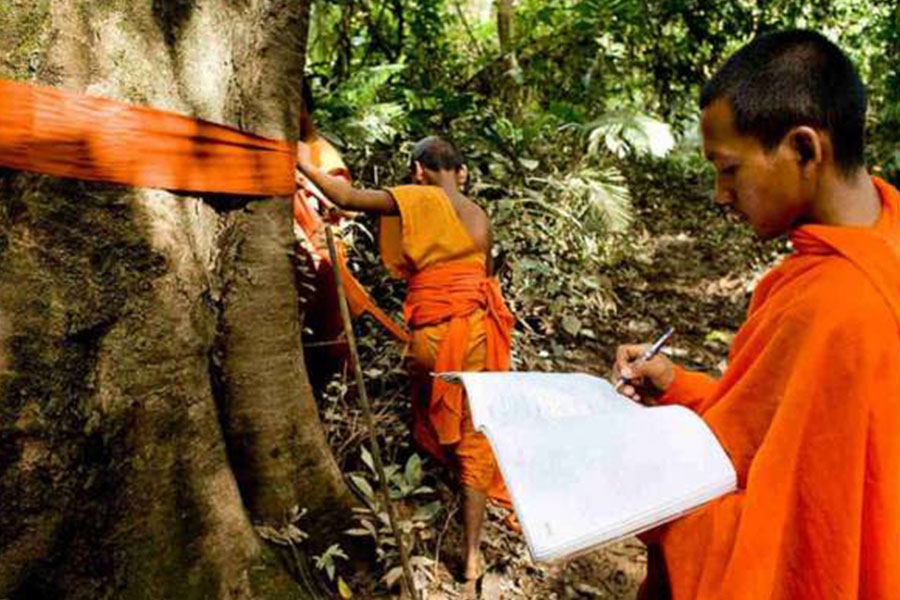 Deforestation is a major environmental threat in Cambodia. According to a World Bank report, 73 per cent of the country was under forest cover in 1990, but by 2010 that had fallen to 57 per cent. Now Cambodia’s forests have found support from an unlikely group of activists: Buddhist monks, who have united in organizations, such as the Monks Community Forest (MCF) and the Independent Monk Network for Social Justice (IMNSJ), to battle to save forests by demanding stronger government action against deforestation and by lobbying lawmakers for greater protection.

“We lost the forest and this made the temperature increase and our rain unpredictable, which lead to increased diseases and an increased release of carbon dioxide into the atmosphere,” said Venerable Bun, head of Samrong Pagoda in Oddar Meanchey Province. In 2002, Ven. Bun Saluth established the MCF to protect a 18,261-hectare forest. “I had to think about ways to protect this land,” he said. “So we [monks] created a boundary by digging a ditch around the entire forest.” (Climate Heroes)

Ven. Bun grew up in a rural village, the son of a farmer, but left home at an early age to become a monk. He spent five years studying in Thailand, where he lived with the “ecology monks,” a group of engaged Buddhist monks who are actively working to protect the environment by integrating Buddhist principles with environmental awareness in Thailand. He returned to his country in February 2002 with a vision to protect his own country’s forest, and has since succeeded in preserving 18,261 hectares of forest land in Oddar Meanchey Province. The MCF is the largest community-managed forest conservation site in Cambodia. For his work, Ven. Bun was awarded the Equator Prize by the United Nations Development Programme in 2010.

“When I returned home to Oddar Meanchey I realized the importance of these forests,” he said. “In Thailand they have largely lost their forests and the government must replant huge areas. In Cambodia we should treasure the forests that we already have and preserve them for the next generation.” (Climate Heroes)

Another organization active in the preservation of Cambodia’s shrinking forests is the Independent Monk Network for Social Justice (IMNSJ), which has more than 5,000 monastic followers who are teaching local people how to use social media to raise awareness of illegal logging by uploading photos and videos, and by writing articles. The monks also teach local residents what they can do to prevent deforestation.

IMNSJ founder and leader Ven. Buntenh, ordained 16 years ago, has now made it his business to fight deforestation: “No one has told me that I should go out there to protect the forest, but for me it was a logical thing to do. I am doing all I can to save it. I plant new trees, I help the people who live from the forest, I am reminding the government of the promises they’ve made.” (The Star Online)

Among Ven. Buntenh’s current concerns are the threats against Prey Lang, one of Cambodia’s largest and oldest evergreen woodlands. Prey Lang has 3,600 square kilometres of forest, including giant luxury timber trees, and is home to at least 20 endangered plant species and 27 endangered animal species. Large sections of Prey Lang have already disappeared to make space for plantations, and illegal loggers have removed large patches of trees in protected areas.

“The government says that the cutting of the forest is necessary for the development of our country. But if this is development, why does it cause us so much grief?” said San Reth, a 63-year-old Cambodian who has lived his entire life near Prey Lang and used to be dependent on the forest for his livelihood. He is happy with the support of the monks. “For a long time, we hoped a good man will stand up to save our forest,” he said. (The Star Online)

However, the activist monks are also coming under threat for their activities. Last year, a pagoda that houses them was searched by the police. Even the supreme patriarch of Cambodia’s monastic sangha has turned against the activists, saying that monks should not be involved in protests, and calling on pagodas to keep their doors closed to those who are. Over the past few years, many attempts have been made to thwart the activities of the monks.

The monks are not the only ones under threat—several activists and journalists have been intimidated or even killed for reporting on illegal logging. Similar threats were made on Ven. Buntenh’s life some time ago. “I don’t think I’m a good monk, because I am mean to the police and to the military,” Ven. Buntenh stated. “But I’m ready to give everything for my people and the forest. If I have to give my life for it today or tomorrow, then I’m willing to make that sacrifice.” (The Star Online) 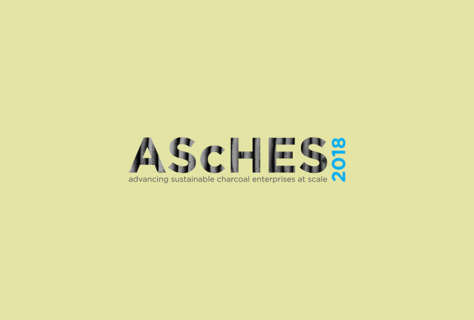 OTAGO will participate at the AScHES event 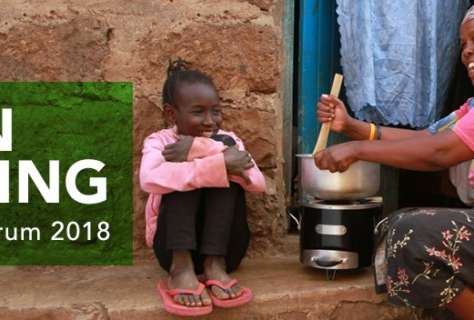 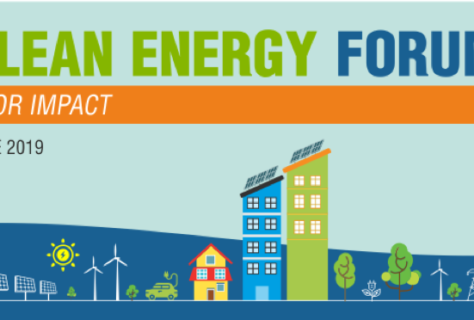 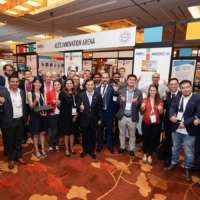 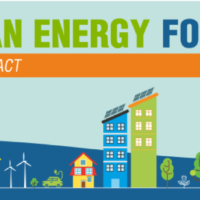